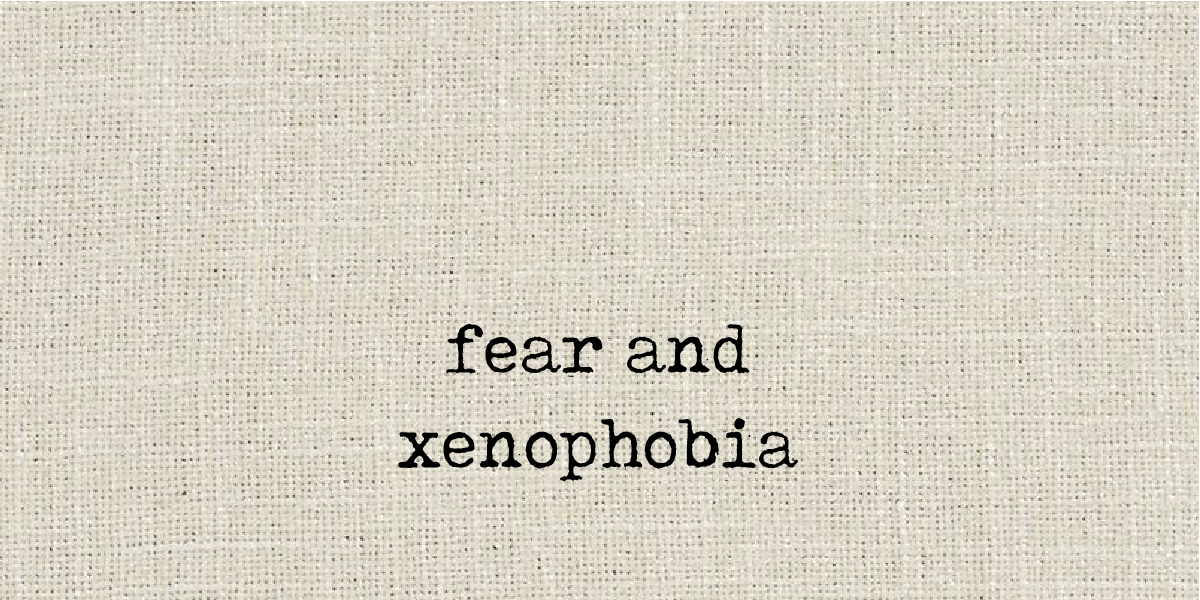 The Corona virus or Covid-19 pandemic is an unprecedented event in our lifetimes, but as the disease has spread worldwide and country-specific policies are implemented, parallels with responses to other infectious-contagious diseases begin to stand out. My research focus within medical anthropology has been on leprosy (Hansen’s Disease) treatment, stigma, and policy. There are many similar phenomena in terms how the people and governments have responded to these two diseases. Of course, the differences between leprosy and Covid-19 are numerous—leprosy is a curable disease that has been circulating in human populations for millennia; it has a very low mortality rate (usually related to secondary infections); and it is not easily transmissible. Yet several themes associated with leprosy in historical and contemporary settings—fear, stigma, panic, isolation, quarantine, racism, and xenophobia—have emerged in the current pandemic.

As with leprosy, popular explanatory models of Corona virus etiology (causality) vary according to cultural and historical context. The fact that the virus was first identified in China has resulted in xenophobic sentiment and hate crimes against people of East Asian descent in many parts of the world. The repeated use of the term “Chinese virus” and “Wuhan virus” by President Donald Trump has perpetuated xenophobia and racism against people of Asian descent in the United States. This pandemic is also being used in the U.S. to fuel anti-immigration sentiment and isolationism in general. Common anti-immigration rhetoric in the U.S. before the pandemic emphasized the dangers posed by migrants bringing diseases (leprosy and tuberculosis were frequently mentioned) across the U.S.-Mexican border in particular. In the 19th century in the United States, Chinese immigrants and Chinese Americans were similarly scapegoated for bringing leprosy and other diseases that were popularly believed to have already disappeared from the West. In Leprosy, Racism, and Public Health, anthropologist Zachary Gussow detailed how negative stereotypes of China were influenced by 19th century accounts by missionaries and other American travelers, and an influx of Chinese workers to the U.S. in the latter part of that century led to the “growing perception throughout the Western world that China was a danger to Western civilization—the ‘yellow peril.’” (1989:120). Gussow wrote:

The threat of Chinese diseases became a favorite theme in arousing American fears and hostility and in emphasizing the terrible danger that Chinese immigration posed to U.S. civilization. Chinese diseases were not perceived to be diseases in the ordinary sense. They were portrayed as more potent, and moreover, incurable (1989:183).

Although the relationship between China and the Western world has changed significantly over the past century, orientalist stereotypes persist and are perpetuated by the media and other public figures. The idea that Covid-19 first circulated (or made the “jump” to humans) in a Chinese “wet market” fuels stereotypes of what might be perceived to be primitive and unsanitary conditions for selling food, including animal products for consumption that are not commonly part of the mainstream North American diet. Scientific papers that discuss the possible origins of this Corona virus strain from animal sources, such as bats or pangolins (even if there is scientific merit to these theories), fuel xenophobic perceptions as well. From a North American perspective, it could be argued that these two animals are quintessential examples of what anthropologist Mary Douglas (1966) called “matter out of place,” as mammals that fly (bats) or have scales (pangolins) and are thus further perceived as strange and exotic. Leprosy has similarly been linked in popular belief to consumption or contact with animals that are taboo or “out of place;” in Brazil, a common etiological belief is that dogs that people brought into the house (where many people from low-income families believed they should not be) could be the cause of leprosy (White 2002). Hassan et al. (2002) noted that consumption of anomalous animals (based on their characteristics in local systems of animal and religious classification), such as two bottom-feeding species of fish, pythons, and wild pigs were believed by the Masalit and Hawsa tribes of Sudan to cause leprosy. In the Americas, there is scientific evidence that the armadillo, another arguably “strange” animal by most classificatory systems of the natural world, can carry and transmit leprosy to humans, and while the animal-to-human transmission perhaps reduces the scapegoating related to human-to-human transmission, it might add to the stigma of leprosy by adding an additional unusual and mysterious component to its etiological profile.

The most obvious parallel between the experience of people affected by Covid-19 today and those affected by leprosy during much of 20th century is mandatory isolation and other quarantine procedures. Isolation was arguably never necessary for or effective to contain the spread of leprosy, due to its low levels of contagiousness, and yet many people throughout the world were confined to leprosaria upon getting a diagnosis and were separated from family, sometimes for the rest of their lives. In some institutions, visitors were not allowed close contact with the residents, or contact took place through a glass window, a scenario that is playing out in hospitals and nursing homes throughout the world today due to Covid-19. Though quarantine and isolation has more of a legitimate scientific justification for the highly contagious Corona virus, the short and long-term social and emotional consequences are still serious. Some hospitals have decided to separate mothers from their newborn infants if the mothers have tested positive for Covid-19, thus depriving infants of both crucial bonding during the first few days of life. Thousands of people have died in isolation during this pandemic, and funerals and memorial services have to be postponed to prevent further spread of the virus. People around the world are facing months (or longer) with limited human connection with the exception of the people with whom they share a home, if they are not living alone.

Although the internet provides more opportunities for virtual social connection that people isolated in leprosaria had throughout the 20th century, we as a global community will be facing the consequences of isolation and quarantine on a generation of survivors. As a social scientist, it is an odd situation to writing and reflecting on these parallels during a situation of indefinite quarantine and concern about when and whether friends and family will be able to come together again. There are many people around the world who have been affected by leprosy and who have experienced stigma and isolation who also have a great deal to contribute in assessing responses to the current pandemic. At present, we are all left to speculate: What will be the long-term effects of this pandemic and what lessons can be learned that can minimize the impact of infectious disease and improve global health outcomes in the future?

Douglas, Mary (1966) Purity and Danger: An Analysis of the Concepts of Pollution and Taboo.