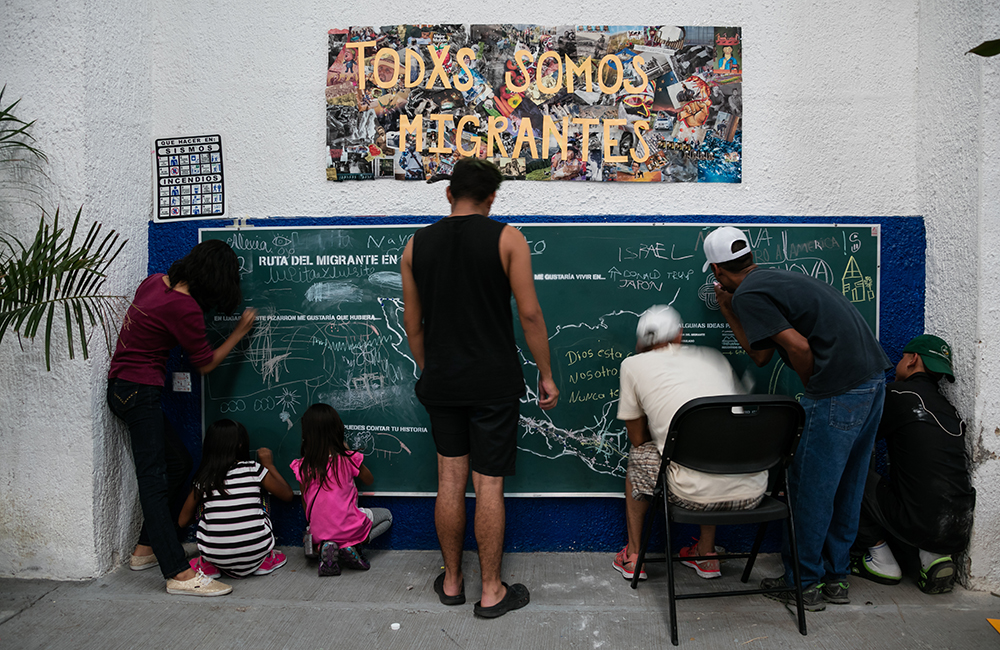 For the conversation Post-Trump Immigration Policy: From Central America to the US, pertains the US-Mexico border, refugee and migrant integration. This conversation was joined by Estudio Teddy Cruz + Fonna Forman, a research-based political and architectural practice in San Diego that has led a variety of urban research and civic / public interventions in the San Diego-Tijuana border region and beyond. The second guest was Pablo Landa, founder of Taller Nuevo Norte, an initiative that organizes workshops where architects, designers and artists work alongside migrants and refugees. He has led art and radio workshops for migrants, developed educational materials for migrant children and women, and established an urban agriculture initiative with refugees who have recently arrived in Monterrey. Lastly, we were joined by Mike Smith Masis is the Director of Entre Nos Atelier. San Jose, Costa Rica, an architectural practice that encourages participation, collaboration, cooperation, and ownership by low income residents, rural and indigenous communities, and communities of informal settlements.